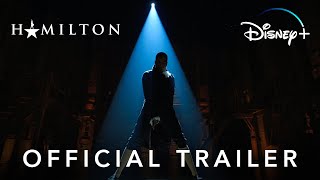 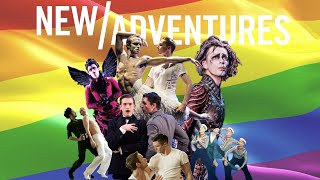 Quick Watch: Pride and Proud since 1987 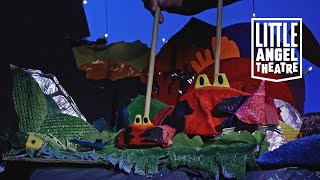 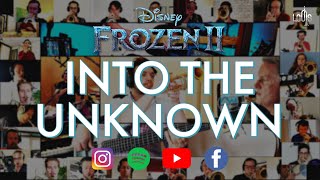 Quick Watch: Into the Unknown

Take Virtual Tours around the World

Home Is Where The He(ART) Is is all about bringing us all a little closer together, whilst we are apart.

Sit back and relax for another week of weird and wonderful armchair entertainment, simply click on the title links below or pictures above to find out more.

From Friday 3rd July the smash hit musical Hamilton will be available to stream on Disney's own streaming network Disney+. We highly recommend signing up for the service for only £5.99 a month (you can cancel after 1 month) just to watch this phenomenon of a show. Starring the original Broadway cast including the show's writer Lin Manual Miranda in the title role, it's one not to be missed. Watch the trailer here & click here to sign up for Disney+.

As an added bonus there are plenty of other musicals available on Disney+ such as Newsies, Mary Poppins Returns, Into The Woods and more.

We love this video from Matthew Bourne's New Adventures, released in honour of Pride 2020 with the following message...

🏳️‍🌈 Happy Pride 2020 🏳️‍🌈 Matthew Bourne and everyone at New Adventures sends love to the LGBTQ+ community and beyond that are celebrating Pride around the World! #LoveIsLove ❤️🧡💛💚💙💜

Little Angel Theatre is a home for puppetry. Since its doors first opened in 1961 the theatre has been dedicated to creating and sharing inspiring stories. Puppetry is at the heart of this innovative theatre, from igniting the imaginations of the youngest minds to equipping tomorrow’s puppeteers with the tools they need to succeed.

Following its hugely successful 2019 West End run and national tour, Nigel Slater’s ‘Toast’ returns to the Lawrence Batley Theatre as an online play for you to enjoy from the comfort of your own home.

‘Toast’ vividly recreates Nigel Slater’s childhood through the tastes and smells he shares with his mother, culminating in the young Nigel’s escape to London.

Book one of the £16 tickets and you will receive a package of goodies including: a programme, recipe card from Nigel Slater and two Walnut Whips so you can have a heartwarming and stomach filling evening from your front room. What more could you want from a night at the theatre? Performances from 4th - 31st July.

Another brilliant Lockdown collaboration video doing the rounds is this spectacular instrumental version of 'Into the Unknown' from the Disney film Frozen 2. Not only does this video sound fantastic but the video wizardry that has gone into putting these recordings together is impressive. Hands up if you miss live music?? We do!

A strange new act has arrived at the fairground. Who is Grinpayne and how did he get his hideous smile? Helped by an old man, a lone wolf and a blind girl, his story must be told.

Based on The Man Who Laughs by Victor Hugo and brought to life by director Tom Morris (Touching the Void) and writer Carl Grose (Dead Dog in a Suitcase), don't miss this digital revival, captured during its original Bristol run by TVPP, and featuring a sensational original score by Tim Phillips and Marc Teitler and puppetry from Gyre & Gimble – the original puppeteers of War Horse

We have more HFC Youth tales from lockdown this week, make sure you check out Daisy & Lowena's blogs.

Virtual Tours around the World

A brilliant website which allows you to explore museums, galleries, aquariums, zoos and more around the world with virtual tours. We have been to Antartica, The Great Wall of China, The San Diego Zoo and Buckingham Palace already today! Where will you go?

"Tyskennow Kernow is a new platform for films and programmes made in and about Cornwall and the Cornish language. Lovingly crafted by contemporary filmmakers. Plucked from ancient archive annals. United at last for your enjoyment, enlightenment and inspiration."